Carl Fischer (1891-1969), born in Saxony Döbeln, was trained at the ceramics school in Bunzlau. He earned a manufactory in Bürgel and founded the Bürgeler Art Ceramic workshop (BKW). Initially he continued the design language of the previous workshop. Then he put his own accents quickly. First with self-developed multi-colored drip glazes, soon also through new vessel forms. Characteristic are his style across experiments with decorations and shapes, glazes and possibilities of kilning. Carl Fischer employed in the heydays more than 20 worker. The proximity to the Bauhaus ceramic workshop in Dornburg allowed him an active exchange with ceramists like Otto Lindig, the director of the Bauhaus workshop. To date one finds in the work of Carl Fischer the basic forms of the Bauhaus design philosophy. Carl Fischer was one of the undisputed pioneers of the pottery in East Germany. The Carl Fischer pottery later became the PGH Bürgel (production cooperative of handicrafts). Fischer died in 1967. His daughter Marieluise Fischer, who was the last apprentice of the famous Bauhaus ceramist Otto Lindig, continued the business afterwards. 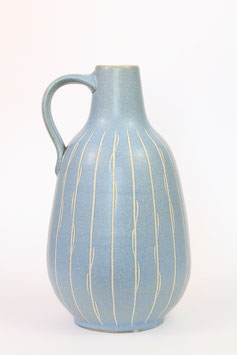 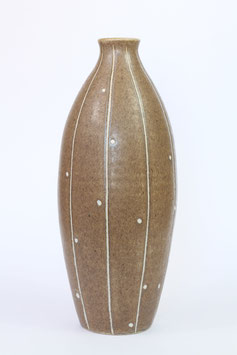 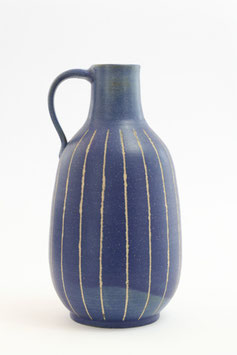 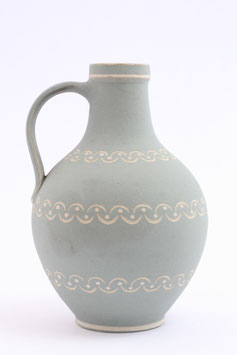 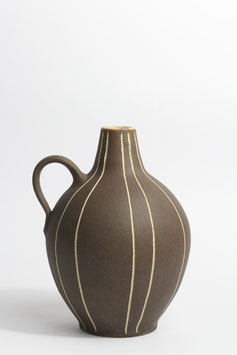 Jug vase with matte brown engobe and sgrafitto decor. Made in Bürgel by Carl Fischer in the late 1950s. No form number with traces of a potters mark. Very good condition. Height ca 17,5cm. 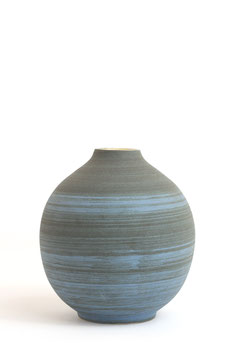 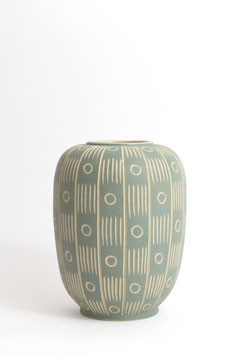 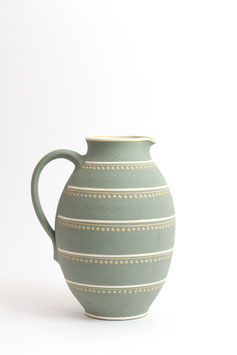 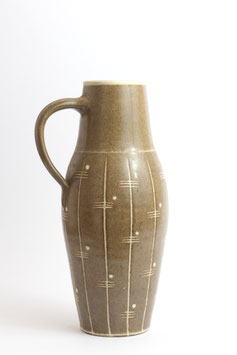 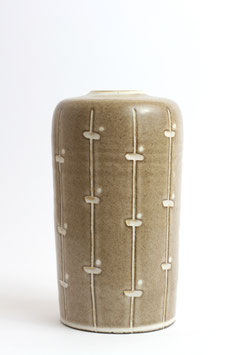 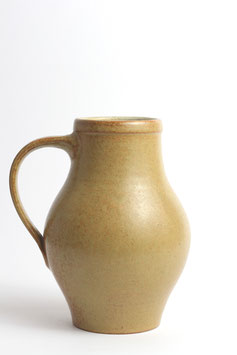 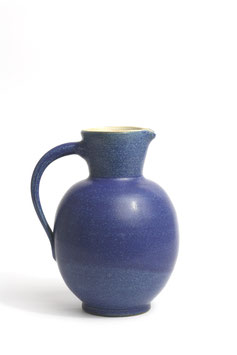 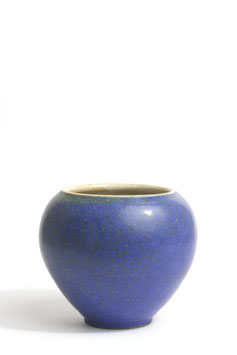